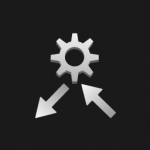 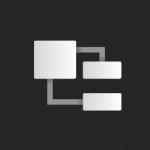 It was initially part of one bigger plugin but got split up into its own independent module in order to potentially serve many other opinionated formats that semantically agree with the same guiding principles established by GenericActivityFramework.

The goal is to be able to build 'spin-off systems' that have much more blueprint exposure while letting this framework be the underlying native foundation (if you agree with the principles it designates).

It's entirely server-side, build on the idea that clients should not (predictively) reason about anything themselves, but merely reflect the server's decisions by receiving replicated pawn− or other tangible actor information.

There are 3 types of activities: World-, Crowd-, and Agent Activities. By default, they could be seen as merely a 'pointer' to an action without carrying additional state.

Agent activities (performed by AIControllers) represent a singular action carried out by a pawn.

Crowd activities represent an action carried out by multiple agents. Example: "This crowd activity spawns X members that attack hostiles around area X on the map".

World activities represent an action carried out by multiple crowds. Example: "This world activity spawns various crowds around the map at specific places".

GameplayConcepts may declare any type, or privately introduce additional dependencies themselves (and not let the rest of the engine know about it).